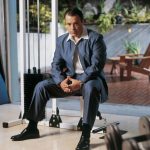 Creatine is one of the few dietary supplements that has been subject to rigorous scientific testing and improves athletic performance. In the United States, most sports nutritional supplements contain creatine, with annual sales totaling $2.7 billion. According to the International Society of Sports Nutrition (ISSN), large athletes who exercise intensively need 5-10 g of creatine a day to maintain their supplies.

Over the past quarter-century, hundreds of controlled creatine studies have been published in scientific literature. Most people that use creatine supplements are male athletes who are active in strong sports such as football, wrestling, hockey and bodybuilding. A review study published in the 2017 International Society of Sports Nutrition Journal found that creatine can increase exercise performance, play a role in preventing and reducing the severity of injuries, improve injury rehabilitation and help athletes tolerate heavy workouts.

Creatine supplementation is approved by professional sports federations such as the International Olympic Committee and the National Collegiate Athletics Association (NCAA). They are also available as over-the-counter vitamins and medicines in grocery stores. The most commonly used is creatine monohydrate, a dietary supplement which increases muscle performance during long-term, high-intensity resistance exercises.

We have listed the most common benefits of creatine below:

Creatine is touted for its benefits in strength training, but is also beneficial for cardio training. Athletes who rely on their stamina, such as runners, basketball players and footballers, can benefit from a creatine supplement. Creatine is an effective supplement to increase muscle mass, which is why it is popular in the bodybuilding and fitness industry.

The intake of creatine influences the performance of muscle metabolism at maximum physical activity in humans. Creatine supplementation improves power performance during high-intensity, short-term resistance training, according to a major review of 22 studies.

In a study with 32 healthy men, creatine (6-24 g / day) increased muscle growth significantly better than the intake of 20 g / day protein (11) after 16 weeks of strong resistance training. In another study with 19 men, creatine gained weight, weight lifting capacity, overall physical performance and muscle tone in response to heavy resistance training free fat mass. The effects of creatine go beyond the above, with obvious benefits for muscle fatigue, reduction of mental exhaustion, and improvement of cognition.

According to a review article published in 2017, numerous studies have shown that creatine supplementation can help to gain greater strength and muscle mass. As a result, people who take creatine can improve athletic performance and significantly increase muscle mass. However, creatine supplements can cause asthmatic symptoms such as wheezing and coughing in some people.

A review of 14 studies published in 2013 found that people with muscular dystrophy who took creatine experienced a muscle strength increase of up to 85 percent compared to those who did not take creatine. Dr. Rudolf Kley-Ruhr of the University of Bochum used creatine daily for 8 to 16 weeks to improve muscle strength and reduce fatigue in people with muscular dystrophy, although not all studies produced the same results. Several other studies have looked at creatine timing, and there are undeniable benefits in using creatine before and after workouts.

Studies have shown that taking a creatine supplement can benefit athletes in strength training, weight lifting and cycling. It has been documented that creatine supplementation can benefit athletes who need short bursts of speed to boost their muscle strength, such as sprinters, cyclists, weightlifters and team athletes. Though oral creatine intake will not help all athletes, there is evidence that it will not harm those who take it directly.

Additionally, creatine can be used by athletes involved in high-intensity, intermittent activities which require rapid recovery between training and competition. The oral use of creatine allows athletes to get more work per rep in sprints, resulting in greater gains in strength, muscle mass and performance.

Studies show that creatine supplementation can help promote mental clarity during exercise by improving the oxygen absorption in the brain, which makes all the difference in challenging workouts such as complex boxing or dance routines. Creatine has also been shown to help women build lean muscles, and it can help maintain a high energy level during intense workouts such as intense interval training and sprints. Especially for vegans and vegetarians who do not consume a lot of creatine in their diet, a creatine supplement can be a good way to support a healthy body.

Based on a research, creatine supplementation has also been proven not only to attenuate muscle atrophy during immobilization, but to stimulate muscle hypertrophy during rehabilitative strength training This information is of crucial importance in the field of rehabilitation, as creatine can help to shorten the recovery time of patients and increase the benefits of recovery. Athletes and people who enjoy sports not only face injury-related muscle loss, but also have a prognosis for better rehabilitation if they take creatine during their injury break.

When you hear “creatine,” you might think of male bodybuilders, which makes sense considering creatine is one of the most popular muscle growth supplements for men. However, there is research that highlights the benefits of creatine for women when it comes to building lean muscles and a lean appearance, rather than mass.

Considering how much research has been done on creatine, it is surprising how little was done at the actual time. The benefits of creatine supplementation seem to be more pronounced when taken during resistance training, compared to supplementation at other times of day. It seems that the benefits apply regardless of whether one takes creatine during training or after training.

Is It Safe To Take Testosterone Booster?